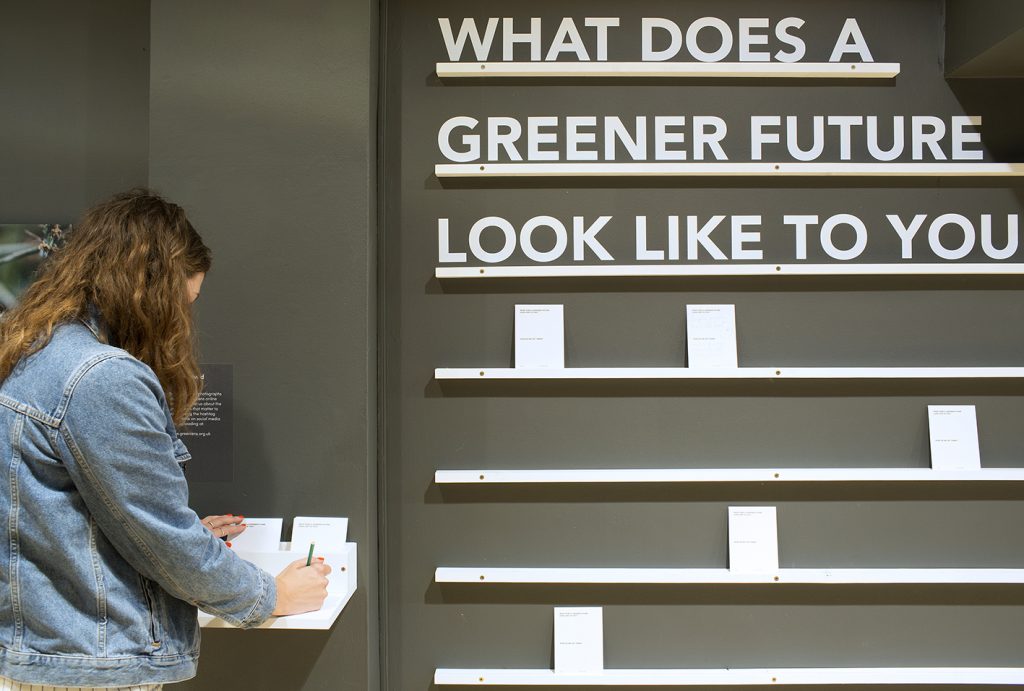 Over the last three months young people across Birmingham have been invited to share the green issues that are important to them, locally or globally, through the medium of photography. Collected through an open, city-wide submission process this Summer, the Green Lens competition was open to 16-25 year olds.

Organised by ecobirmingham in collaboration with Ampersand Projects, the work of eight young people was selected to be part of a final exhibition at MAC. The exhibition highlights the issues that concern them the most: the environmental changes they are witnessing on their own doorsteps and those that affect people and wildlife internationally. Environmental issues have a greater sense of urgency than ever, and young people stand to inherit a world that could be radically different to the one we currently live in.

The photographs are accompanied by their own words and the stories behind the work.

“ecobirmingham is committed to and passionate about ensuring that a wider range of voices and opinions are heard in relation to environmental issues. This project enables the young people of Birmingham to send a clear message to policymakers, politicians and citizens that they want and expect a cleaner, greener and more sustainable city for their future. There has to be a shift in thinking and action, and the participants in Green Lens show why.”

Photographs include those by Jade Tomes-Morgan, documenting the local natural space and wildlife in her local area that is being lost to redevelopment. Other pieces include work by Alice Evans, highlighting waste with photographs of clothing designed with plastic packaging, a reaction to an over-consuming world. Photographed in the city centre, the materials for the garments could sadly, have been easily collected from the streets below.

Laura Chen moved to Birmingham from the Netherlands to study. Fascinated by our industrial heritage, she has documented the effects of it on the city – areas like Digbeth, although home to much creativity, equally have many dilapidated car parks and abandoned buildings. Her photographs have been taken on a disposable camera, a metaphor for the waste that’s disposed and spread across the city.

Further afield, Maniba Zariat has documented forgotten areas in Kashmir, Pakistan, highlighting human’s fleeting desires at the expense of the safeguarding of Earth.

Young people across Birmingham still have a chance to voice the environmental concerns by submitting images via the Green Lens website or via social media with the hashtag #greenlens until the end of October.

There are also two free workshops taking place on Saturday 22 September and Saturday 6 October at mac birmingham allowing young people to explore the green issues that are important to them while learning new skills from one of Birmingham’s leading photographers, Kate Green.

The Green Lens exhibition can be seen in the People’s Postcode Lottery Community Gallery at MAC from 1 September – 28 October 2018.